The Empire's Ruin by Brian Staveley 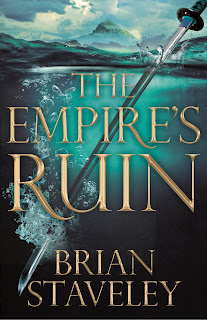 One soldier will bear the hopes of an empireThe Kettral were the glory and despair of the Annurian Empire – elite soldiers who rode war hawks into battle. Now the Kettral’s numbers have dwindled and the great empire is dying. Its grip is further weakened by the failure of the kenta gates, which granted instantaneous access to its vast lands.To restore the Kettral, one of its soldiers is given a mission. Gwenna Sharpe must voyage beyond the edge of the known world, to the mythical nesting grounds of the giant war hawks. The journey will take her through a land that warps and poisons all living things. Yet if she succeeds, she could return a champion, rebuild the Kettral to their former numbers – and help save the empire. The gates are also essential to the empire’s survival, and a monk turned con-artist may hold the key to unlocking them.What they discover will change them and the Annurian Empire forever – if they survive. For deep within the southern reaches of the land, a malevolent force is stirring . . .

The Empire's Ruin is a big book (and I mean BIIIG!). A big book needs a big story and a strong start - and here Staveley delivers in spades.

When we join the action Gwenna Sharpe and her team are on a retrieval mission on the last remaining Kettral (giant war hawk, big as a bus - see, there's that word again 'big'). As rescue mission the plan seems solid enough but soon goes to hell in the proverbial handcart and the Kettral is lost. For this Gwenna is demoted by the Emperor and sent on a quest to unknown lands to find the original nesting ground of the Kettrals and restore the one thing the Empire really needs.

I'll be honest, I was up for this book as soon as I saw the characters would be visiting 'unknown lands' as that is my passion with fantasy fiction - seeing new lands through the eyes of others who are also seeing it for the first time. And again Staveley pulls out all the stops. Oh, and there are maps - not 1map but MAPS!! plural (seriously, it's as if the author and publisher know the exact sweet spot to get me to pick up a book).

There are three character arcs in 'Ruin' - Gwenna, Akiil (possibly my favourite arc) and Ruc and all three carry the story well without it getting bogged down anywhere (this is 700 small print pages but felt nowhere near as intimidating as that may seem).

This is only book 1 of a new series that carries on from the author's The Unhewn Throne series (which I also loved) but can be read without prior knowledge of TUT (although why would you want to miss out on that really). 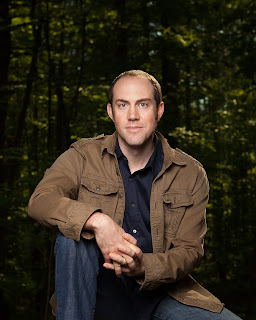 I'm fortunate to be the first stop on the Blogtour for The Empire's Ruin and will be following the reviews by the other bloggers taking part (below). I sincerely hope you will too - they're a cracking bunch.
Thank you to Black Crow PR for inviting me onto the tour and, along with Tor, for providing me with a review copy of the book (which didn't influence my opinions in any way, I just straight up enjoyed every damn minute of it) 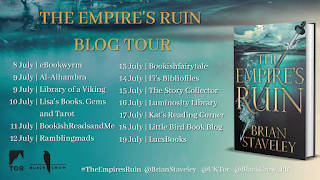