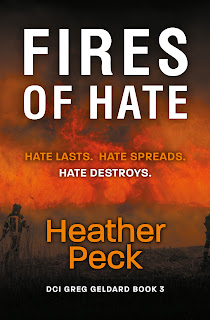 After a successful day in court, Greg Geldard is hoping to clear up some routine cases. Then a government laboratory receives a mysterious threat, a terrorist attack precipitates a multi-agency emergency response and his investigations are seriously compromised by interference from the security service.The enquiries lead down dangerous paths, with both Greg and someone he cares for put at risk, before he runs the perpetrators to ground. Then he's posed an ethical conundrum in court. Can hate ever be wholly sane?

As you can see from the front cover, this is the 3rd in Peck's Greg Geldard series but it can be read as a stand alone (although there are moments that hark back to things that occurred in the earlier books).

As it starts Geldard is in a fairly good place but that doesn't last very long at all. Soon a government lab is threatened by animal rights activists and it gets very dark, very quickly. It brought back a lot of memories for me of when this seemed a more regular occurrence than it seems to be now. Animal cruelty is something that bothers me a lot and so, yeah, it did make me feel uneasy at times but the story was good enough to keep me reading. And I'll be going for the rest of the series soon.

Geldard as a character appealed to me a lot, and looking at the synopses (synopsi?) of the previous novels this isn't the only really disturbing case he's had but surely they can't come tougher l in future? (oh, but they will won't they - and I'll be there for them too.

So, in short, a good crime novel with ethical questions but also, possible triggers for some people. Not an easy read at times but also not easy to put down once you get going. 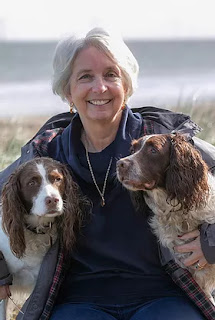 Thanks to Anne Cater and Random Things Tours for inviting me onto this tour (and apologies for posting a day late). Please have a look at the posts by the other bloggers on the tour (below) 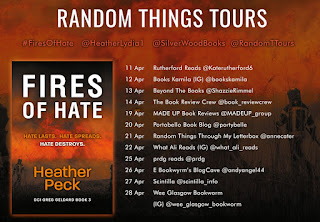 Posted by Ebookwyrm at 11:58 No comments: 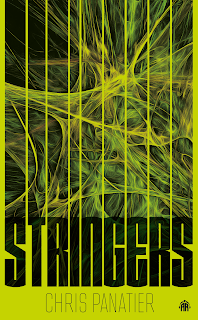 A genius is abducted by an alien bounty-hunter for the location of a powerful inter-dimensional object. Trouble is, he can't remember a thing.

Ben isn't exactly a genius, but he has an immense breadth of knowledge. Whether it's natural science (specifically the intricacies of bug sex), or vintage timepieces, he can spout facts and information with the best of experts. He just can't explain why he knows any of it. Another thing he knows is the location of the Chime. What it is or why it's important, he can't say.

But this knowledge is about to get him in a whole heap of trouble, as a trash-talking, flesh-construct bounty hunter is on his tail and looking to sell him to the highest bidder. And being able to describe the mating habits of Brazilian bark lice won't be enough to get him out of it.
I enjoyed this book a lot but, oh, did it make my head hurt at times - but in a good way.
Ben knows everything there is to know about bugs, the sex lives of bugs and vintage wristwatches. He hasn't studied them at all so has no idea why he has all this information and try as he might there are no answers forthcoming for him. As for regular stuff - he just knows the same as the average person. The information he carries in his head has no use for him whatsoever until he and his stoner friend Patton are abducted by an alien bounty hunter who plans to sell them to the highest bidder for the knowledge in his head.
Trust me, there's a lot going on here but Panatier makes the whole thing work. I was baffled, I laughed, I said "huh?" a lot and then I laughed a lot more. There were times I was so disgusted (in a good way - it didn't stop me enjoying the read) my face probably looked like I was sucking bitter lemons. I very much enjoyed this book but feel I will have to read it again in 6 months time or so when I think it will go from a great book to a stone cold classic.
And there are footnotes, oh so many footnotes and they are awesome (I do like a good footnote) 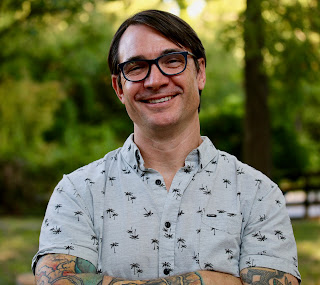 Thanks to Angry Robot for inviting me onto this blogtour and supplying me with a review copy (which didn't influence my opinions in any way).
Please, if you can, have a read of the reviews by the other bloggers on the tour (below). 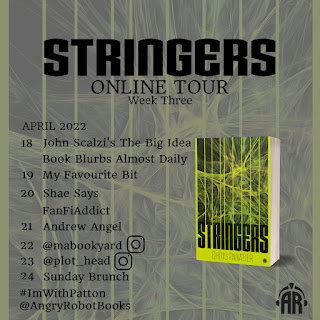 Posted by Ebookwyrm at 13:37 No comments: 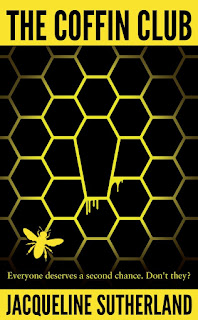 Some people would kill for a second chance.Kat is rebuilding her life. After losing her husband in a tragic accident, moving to the countryside is her chance to start again.Encouraged by her new and only friend Ginny, Kat joins New Horizons, dubbed the Coffin Club by its members. And that’s how she meets Nico. Instantly drawn to each other, Nico seems like Kat’s perfect match. He is kind, caring, handsome and, most importantly, a father to five-year-old Magdalena. This could be Kat’s shot at the one thing she has always wanted: to be a mother.BUT SOMETIMES BE CAREFUL WHAT YOU WISH FOR…
Well, this was a curious one. I'll be honest, although I was intrigued by the description and eager to read it I still wasn't sure what kind of tale was going to be told.
As you can see from the blurb above Kat is mourning the death of her husband which left her, as well as being a widow, with facial scarring that always reminds her of her loss.
A fresh start in the countryside doesn't seem to be fixing things for her and she decides to take her own life. Thankfully her attempt at death by driving fails and she instead hits a deer. Taking the injured deer to an animal rescue centre Kat meets Ginny and things start to look up. Kat and Ginny become friends and Ginny gets Kat to join the Coffin Club, a group for widows and widowers who are keen to try for a second chance at love and here she meets Nico. The pair are attracted from the off and it seems Nico is just what Kat needs and, with him having a five year old daughter she could still have a chance at the big thing missing in her life - being a mum.
Things soon start to go awry though and secrets are there to be uncovered. Is anybody who they say they are? You'll find plenty of twists and turns before you get to find out (I thought I had it sussed bit I was very wrong).
A very good psychological mystery
4/5* 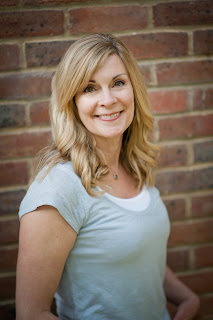 Thanks to Anne Cater and Random Things Tours for inviting me onto this blogtour, please try and have a look at the other blogger's posts (below). 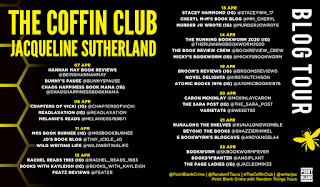 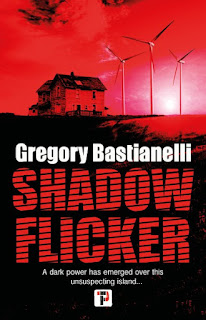 'An old man nearly chokes to death after stuffing dandelion heads into his mouth. A pregnant cow repeatedly runs headlong into a fence post. Oscar Basaran investigates a series of strange events on the Kidney Island.'

Oh, yes, it's certainly fair to say things are a bit 'off' on Kidney Island, just off the coast of Maine. It seems the wind turbines put up on the island by tech company Aerosource are causing the Shadow Flicker of the title and the effect that is having on the islanders is strange to say the least.

Basaran goes to Kidney Island thinking it will be a quick solve job but after talking to some of the claimants he soon realises that won't be the case.

And then he starts to feel the effects of Shadow Flicker himself. . .

I must say I really enjoyed this slow burn horror story. More creepy than scary but it still had me slightly anxious at times (you know that feeling when you can see what is coming but both want to know but also don't want to turn the page!). The setting of Kidney Island works well too as it gives the feeling of isolation to the cast.

Difficult to tell you much more without giving away spoilers but suffice to say I read this in two sittings (it would have been one but I had to work the next day so needed sleep).

I have never read anything by this author before (to the best of my knowledge) but will certainly be looking to remedy that fact.

Another winner from Flame Tree Press 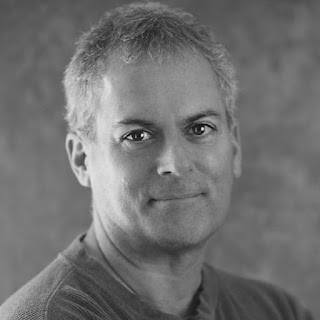 Many thanks to Anne Cater for inviting me onto this blogtour and to Flame Tree Press for providing the review copy. Please take a look at the posts by the other Random Things bloggers on the tour (below) 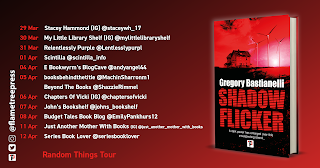