Rory Hobble and the Voyage to Haligogen by Maximilian Hawker 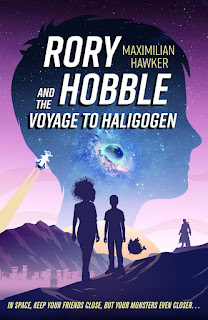 Eleven-year-old Rory Hobble has it tough: he gets upsetting thoughts all the time and they won't go away – 'Obsessive Compulsive Disorder (OCD)', the head doctors call it. His mum hasn't been very well for a long while either. Perhaps it's his fault... Maybe that's why she doesn't always feed him; maybe that's why she screams at him. At least Rory has his telescope – gazing at the unchanging stars keeps him calm. But, one night, Rory sees something impossible in the sky: mysterious lights – artificial and definitely not of earthly origin.

When his mum is abducted by the shadowy Whiffetsnatcher, Rory – accompanied by his space-faring, care-experienced social worker, Limmy – travels beyond the Earth, chasing those mysterious lights to the frozen ends of the Solar System. Along the way he must outwit a breakaway human civilisation living on a Martian moon; survive the threat of otherworldly monsters; and learn to speak to alien whales.

But his greatest challenge left Earth with him and it will take all the courage he has not only to overcome his OCD, but to decide whether he wants to rescue an abusive mother if he gets his chance…

An 11 year old boy with OCD, troubling thoughts and a not always happy life at home - seems like this is a book that will resonate with many younger readers today. Thankfully it is a Middle Grade  book rather than a Young Adult one so gives the hero, Rory, a chance at adventure in the far reaches of space instead of moping around on Earth.

For me the idea of a human colony living on Mars was fun but when Rory meets aliens and space whales the story reaches into what feels more like Roald Dahl territory and was, for me, where the story was strongest.

It is a well written story that handles it's core subjects sensitively and well, making the reader (well, at least this reader) feel that he knows about the issues. I feel that this, while being an enjoyable read, is also a book that could get young readers talking about themselves, how they relate to Rory, and that has got to be a good thing. 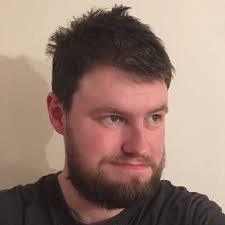 Thanks to Anne Cater for inviting me onto this tour and introducing me to a book I might otherwise have missed. Please have a read of the posts by the other bloggers on the tour (below) 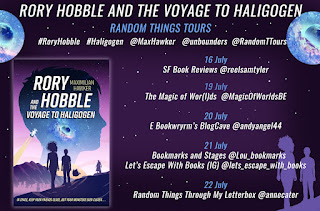