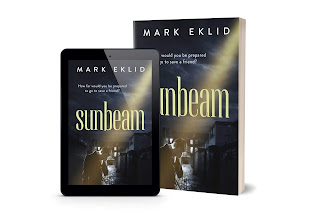 OK, this is a two part post I guess.

Firstly, about the book then.

A year ago John Baldwin and his friend, Stef, were coming back from a night out when a mugging gone wrong left Stef dead and sent John into a spiral of self destruction. A year of drinking has cost him everything, including his job and his wife. But now, one year on things take a change for the better when the dead Stef appears to John and tells him he can help him turn his life around and the cost won't be too high.

True to Stef's word John's life improves, he kicks the booze, his prospects rise etc now all he has to do is the one thing Stef wants - find the man who killed him. . .

This was a cracking read. John's character redemption felt real and believable. In the latter stages things change for John and I did wonder where it was all going and the ending surprised me.

This is Mark Eklid's first novel and on this showing I hope he will be writing many more.

Right then, onto the second part of this post, the story behind me getting hold of Sunbeam.

A fortnight ago I saw a post on twitter from my local library mentioning an author event in April. That author happened to be Mark Eklid and through retweets and the likes we made contact and he asked if I'd read his book. Through further chat it turned out that Mark used to live two streets up from where we live now. Small world eh.

I like Sheffield based stories but Sunbeam goes one better than that - a good bit of it is actually set in the area where I live. We even took the path where Stef was murdered at the back end of last year. It certainly adds to the story. 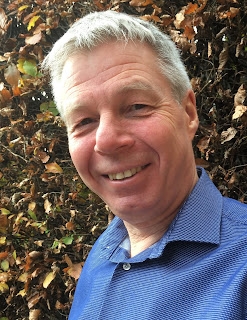