The Nirvana Effect by Brian Pinkerton 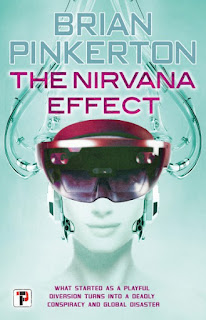 No one goes out anymore.

Society is sheltered indoors. The economy is in ruins. People spend their lives addicted to a breakthrough virtual reality technology, desperate for escapism in a troubled world. The Nirvana Effect has taken over.

Aaron and Clarissa are members of a subculture of realists who resist the lure of a fake utopia. They watch in horror as the technology spreads across the country with willing participants who easily forgo their freedoms for false pleasures. When the young couple discovers a plot to enforce compliance for mind control, the battle for free will begins. What started as a playful diversion turns deadly. The future of the human race is at stake.

Well, this novel is certainly one to make you think. The idea of the majority of the population being hooked to a VR system that leaves them ignoring everything and everyone may seem far fetched but is it really that far from where we are with social media today? The main character, Aaron, isn't your regular hero (a bit on the bland side at times) but having someone who is just trying to do the best he can is kinda refreshing. The whole idea of the government looking at the VR addiction and thinking "hey, yeah, we can use that to our advantage" also felt scarily real.

I'll be honest and say I have never read any of Pinkerton's books before but if they are half as good as The Nirvana Effect is then I'll be seeking out as many as I can.

At a time when so many people have been socially isolating maybe 'Nirvana' isn't too far away. Now there's food for thought 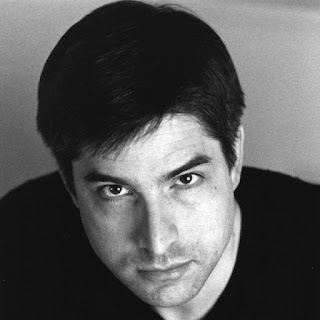 Thanks to Anne Cater for inviting me onto this Blogtour and to Flame Tree Press for providing a review copy. Please have a look at the posts by the other bloggers on the tour (below)