The Girl and the Moon - Mark Lawrence 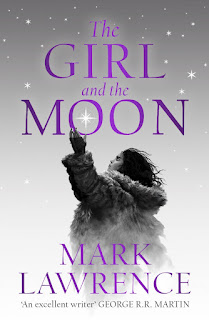 The green world overwhelms all of Yaz’s expectations. Everything seems different but some things remain the same: her old enemies are still bent on her destruction.

The Corridor abounds with plenty and unsuspected danger. To stand a chance against the eyeless priest, Eular, and the god-like city-mind, Seus, Yaz will need to learn fast and make new friends.

The Convent of Sweet Mercy, like the Corridor itself, is packed with peril and opportunity. Yaz needs the nuns’ help – but first they want to execute her.

The fate of everyone squeezed between the Corridor’s vast walls, and ultimately the fate of those labouring to survive out on ice itself, hangs from the moon, and the battle to save the moon centres on the Ark of the Missing, buried beneath the emperor’s palace. Everyone wants Yaz to be the key that will open the Ark – the one the wise have sought for generations. But sometimes wanting isn’t enough.

Okay, I know one word doesn't really suffice as a review but 'WOW!!' really does say everything that needs to be said about The Girl and the Moon and also the whole Book of the Ice series.

The story picks straight up from the cliffhanger ending of the previous, so you really need to have read that first - but then again, who comes into a trilogy on book 3.

But then again, although The Book Of The Ice is a trilogy it is harks back to, and ties into practically everything ML has published so far in his career. I know I must have read chunks of this story thinking 'that seems familiar' before it all sank in - this is one mahoosive entity (think Sanderson's Cosmere), 15 books long (if my maths is correct) and with the potential for so much more.

What really impressed me with TGatM was the difference between the Ice that covers most of Abeth (and has almost been a character itself in the series) and the lushness of The Green Belt. Two polar opposite locations and the sense of wonder when Yaz finally gets to her destination. Descriptive writing done well.

Mark Lawrence has been one of my 'top table' authors since Prince of Thorns, each book eagerly anticipated on a yearly basis, almost like a second birthday. TGitM didn't let me down one little bit so now I've got to look for all the extra stars to award it. 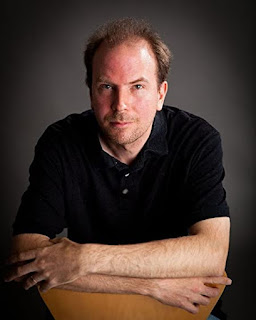 Thank you to Anne Cater and Random Things Tours for inviting me onto this blogtour. Please have a read of the posts by the other bloggers on the tour (dates below). 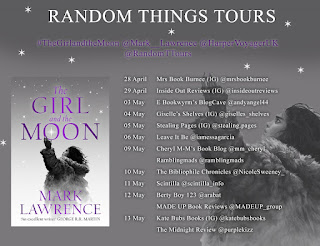