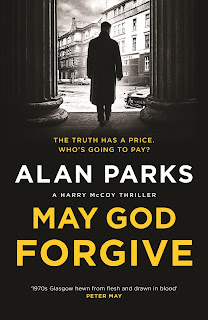 Glasgow is a city in mourning. An arson attack on a hairdresser's has left five dead. Tempers are frayed and sentiments running high.

When three youths are charged the city goes wild. A crowd gathers outside the courthouse but as the police drive the young men to prison, the van is rammed by a truck, and the men are grabbed and bundled into a car. The next day, the body of one of them is dumped in the city centre. A note has been sent to the newspaper: one down, two to go.

Detective Harry McCoy has twenty-four hours to find the kidnapped boys before they all turn up dead, and it is going to mean taking down some of Glasgow's most powerful people to do it . . .

And here we are again in Alan Parks gritty and grotty Glasgow of the 1970s - and what a joy it is to be back.

Harry McCoy is back doing what he does best - solving crimes and ruining his body into the bargain. He starts off in hospital with a bleeding ulcer and to be fair it's only downhill from there.

As always McCoy walks a shady line in this 5th book in the series. On one side is his law enforcement job but on the other his friends and contacts in the criminal underworld. And to add extra problems one of these 'Dirty Ally', a dealer in pornographic magazines, commits suicide . . .or does he? McCoy seems to think there are other elements in play but he'll have to do it on his own time as the police don't want to know.

So, an arson attack, kidnapping of the suspects (and they will be murdered if Harry doesn't find them first) and a suicide that may be more than that . . .and the clock is ticking.

As always I got a great deal of enjoyment out of Alan Parks' latest novel. He really gets under the skin and into the seedy corners of 70s Glasgow and I'm looking forward to his next offering.

Tartan Noir at it's Noirest 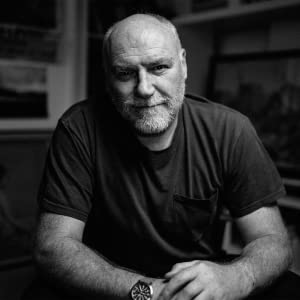 Thanks to Anne Cater and Random Things Tours for inviting me onto this blogtour and to Canongate Books for providing the copy for review (which did not influence my opinion in any way). 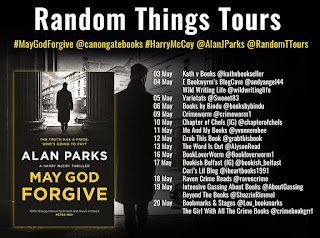 The Harry McCoy series so far