Zippy and Me by Ronnie Le Drew 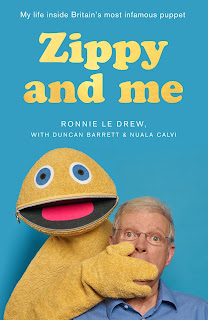 Welcome to day 10 of the Blog Tour for Zippy and Me by Ronnie Le Drew.

As a general rule I don't usually do autobiographies but, like many folk my age Rainbow was a big thing when I was a child so saying no to this wasn't even a consideration.

Of all the characters in the Rainbow house Zippy was probably most people's favourite. He was the cheeky, naughty one, the one most likely to get into or cause trouble. The one you'd most like to be like if you could get away with it. Ronnie Le Drew was his operater and this is his story.

What you get with this book is an insight into the world of the puppeteer, and a glimpse behind the scenes of Rainbow. But it is so much more than that too. The book shows a man who cares about his craft and who makes the reader care about it too.

Obviously a lot of the book involves the Rainbow years (including the notorious 'special' episode they filmed for an end of year blooper competition, the Rod, Jane and Freddy love triangle, and many other incidents) but there is more to it too - the Muppet Movies, Labyrinth, the years when work was drying up. It's a cracking read.

One thing that made me realise how much Rainbow still lingers with me all these years later - at one point one of the actors (sorry, can't remember who off hand) used to mark his script with either a straight line or a squiggle and straight away my first thought was "I wonder if that's where Straight and Curly originated from?" (Straight and Curly was a section of the show that started with a straight line and a curly line in the corner of the tv screen and went in to be part of a drawing, probably relevant to that show's theme). I hadn't thought of Straight and Curly in maybe 30 years but one sentence and there it was, front and center!

Throughout the book Ronnie Le Drew comes across as a really nice chap and that, I think, is what made this read so enjoyable. 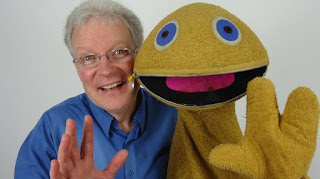 Thanks, as always, to Anne Cater for inviting me onto this Blog Tour and please, if you can find the time, have a look at the posts by the other bloggers on this tour. 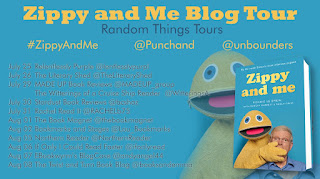