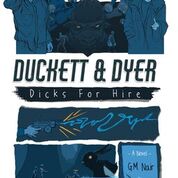 Welcome to Day 2 of the Blogtour for G M Nair's crazy, dimension hoping detective tale with Storytellers On Tour.

Michael Duckett is fed up with his life. His job is a drag and his roommate and best friend of fifteen years, Stephanie Dyer, is only making him more anxious with her lazy irresponsibility. Things continue to escalate when they face the threat of imminent eviction from their palatial 5th floor walk-up and find that someone has been plastering ads all over the city for their Detective Agency.
The only problem is: He and Stephanie don’t have one of those.
Despite their baffling levels of incompetence, Stephanie eagerly pursues this crazy scheme and drags Michael, kicking and screaming, into the fray only to find that they are way out of their depth. They stumble upon a web of missing people that are curiously linked to a sexually audacious theoretical physicist and his experiments with the fabric of space-time. And unless Michael and Stephanie can put their personal issues aside and fix the multi-verse, the concept of existence itself may, ironically, no longer exist.

Review
This is one of the strangest and most enjoyable books I have read in a long while. If you had a list of people you wanted to save the Universe and all dimensions thereof Duckett and Dyer would probably come somewhere down the bottom of it but that's what they need to do. But for all their incompetence they are a highly likeable duo - Michael Duckett is a bit of a worrier, the sensible one, where as Stephanie Dyer is totally irresponsible and a bit (well, actually, a lot) of a slacker. As pairings go it shouldn't work but really, really does.

Once you get into to this time and dimension hopping romp you are in for a great fun read and, good news, it's only the first in a series and the sequel The One-Hundred Percent Solution is out NOW!!! I know what I'll be getting this afternoon.

Certainly one for fans of Douglas Adams, Bill and Ted and Slacker Movies. A highly recommended 4.5/5* 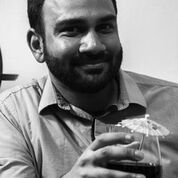 Many thanks to Justine and Timy for inviting me onto the tour for this book. Please have a look at all the other reviews from the Storytellers On Tour bloggers. 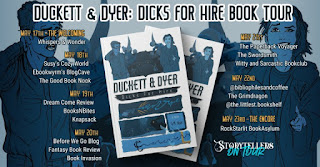