The Black Hawks by David Wragg 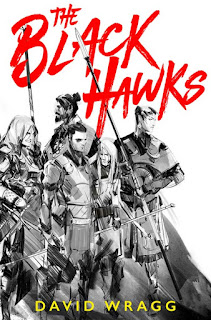 Welcome to Day 3 of this Blogtour. Today is an excerpt post with part of the first chapter so I can't really say much about the story as...well, it starts here. There will be a proper review post on this very blog in the next week or so but until then, suffice to say I absolutely loved this book and I think you will too.

So, here we go with The Black Hawks chapter one


ONE
Chel ran. His feet slapped against the dusty pale stone of the winter palace ramparts, blood thumping at his temples and breath rasping his throat, while gulls wheeled above and the sleepless harbour bustled beneath. He rounded a corner, the yawning guards on the tower watching his progress with vague interest at best.
A mound of refuse lay stacked against the sea wall, a pile of ashen rags with a long stick propped beside it. Chel shifted to round it, teeth gritted, when the pile moved. It became abruptly man-shaped, and its stick swung out into his path. Before he could react, the stick smashed into his shin. He tumbled, arms outstretched, and sprawled head-first into the stones. A blast of pain tore up his shoulder.
Cursing and swearing vengeance, he tried to whirl, but his vision went purple and the combination of running, falling, and a pounding hangover sent him retching back into the dust. By the time the convulsions passed, the rag-pile man and his stick were gone, the ramparts empty.
‘Thrice-damned pig-fucker!’ Chel spat onto the ground, still leaning on one arm.
A pair of boots stepped to fill his vision, their laces intricately bound, the soft leather grime-free.
‘I admit it, I did not expect to find you on the walls this time.’
He squinted up at the figure blotting the pink-flecked morning sky. ‘Marekhi,’ he coughed. ‘Was just on my way to you.’
His liege’s first sworn regarded him steadily. Her face was placid, her tone light. ‘What did they challenge you with this time? A brandy cask? The barrel-dregs? Did you even make it back to the barracks?’
Chel coughed again by way of answer, wiped at his mouth as he pushed back on his haunches. His shoulder throbbed in time with his headache.
The slightest lip-curl marred Marekhi’s flawless cheek, although her tone remained even. ‘Lord Sokol will be expecting to see his festival robes at ten bells. You will be present, as will the robes, and you will look as though you belong.’
‘Oh, he’ll be up by then, will he?’
‘Your odour will also be much improved. Am I understood, Master Chel?’
He sat back against the flagstones, no longer trying to stand. Her silhouette glowed golden in the morning light. ‘Come on, Marekhi, where’s your festival spirit?’ he croaked.
‘These petty defiances are a stain on our liege’s name, Master Chel.’ Her chin tilted. Her voice was quiet but carried clear over the sounds of the clamour of the port below. ‘You are a man in sworn service to a lord who is a guest at this palace, and your deeds and . . . presentation are those of our liege. It’s time you acted like it.’
‘I can take a beating, if Sokol wishes to make me an example.’


‘That should not be a point of pride,’ she said, her voice steel-edged. ‘You swore an oath. This behaviour shames your uncle and your family.’
‘If my step-uncle wants the value of my service, he can earn it.’
‘Boy, how much do you think your service is worth?’
For a moment she was snarling, then calm swept over her face. She turned and began striding away, boots clicking on the flagstones. ‘Ten bells, Vedren Chel, with the robes,’ she called over her shoulder. ‘Obey, or don’t. But attend to your stench.’
A breeze ruffled the palms in the courtyard, and they slapped together like a round of sarcastic applause. Chel caught a whiff of himself, recoiled, then nodded his thudding head in bitter acknowledgement.
‘Fine.’
***
Chel bent over one of the stables’ water-troughs, scooping handfuls of cool, musty water over his face. A palace horse watched him from the dark of its stable. Chel did his best to ignore it. He felt disapproved of enough already.
‘You’re up, Master Chel! Up-ish, at least.’ A broad and beaming figure in a battered guardsman’s uniform was at his elbow. ‘Didn’t think we’d be seeing you for a good while this morning.’
‘Ungh,’ Chel grunted, and wiped himself down with a horse blanket. ‘Heali.’
‘So,’ the guardsman said, leaning forward, in a conspiratorial fashion. ‘Did you win?’
Chel pressed one palm to his thudding temple. ‘In a manner of speaking.’


Heali chuckled, a sound like marbles rattling. ‘Can’t say no to a challenge, can you, my boy?’
Chel grunted again and leaned back against the stable wall. The stable-yard churned with a gathering retinue, another of the minor lords assembling his host now that the campaigning season was drawing to a close. Chel watched the formation of their column with envious eyes. Within the hour, the column would be on the road, and its host would be back in their homes before winter hit.
‘They’re not staying for the festival, then,’ Heali said with a nod to the milling horse. ‘Any chance your lot . . .?’
Chel spat a wad of sticky dust. ‘Sokol’s so obsessed with rubbing up against royalty that he’s hanging on for the court’s arrival, and he’s chummy enough with the grand duke that we’ll not be kicked onto the road any time soon. I’m not that lucky.’ He flicked away a spherical fly, hangover sweat mixed with trough water dripping from his brow. ‘Five hells, how can you stand this heat?’
Heali chuckled again. ‘How can you not, Master Chel? Thought you Andriz were the blooms of the desert?’
‘Give it a rest, Heali. I grew up in the south. It’s not that hot down there, not like this – by the harvest festivals we’re usually a month or two into the rains.’
Heali cast a glance up at the pristine, punishingly cloudless sky. ‘Doesn’t look like rain any time soon, Master Chel. So happens, I was heading down to the kitchen to muster a bit of breakfast – care to join me? You look like a man in need of a feed.’
Chel’s stomach hissed bile. His hangover agreed. 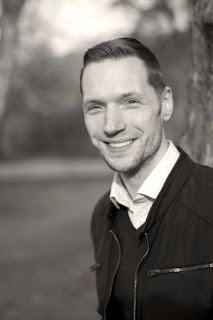 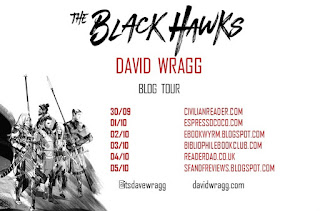