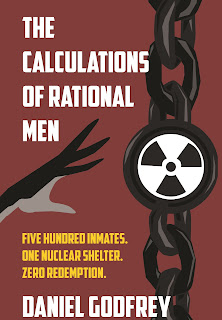 THE UNITED KINGDOM AND HER ALLIES HAVE BEEN TARGETED IN A WIDESPREAD NUCLEAR ATTACKDecember, 1962. Just months after the Cuban Missile Crisis, the five hundred men of HMP Queen’s Bench have found themselves in the midst of a new thermonuclear nightmare.WE DO NOT KNOW THE STATUS OF OUR TOWNS AND CITIES. WE SHALL NOT KNOW THEIR FATE FOR SEVERAL DAYSPrisoners, wardens and soldiers must now work together to forge a new future, even if some inside the shelter can only think of how to turn the situation to their personal advantage.RADIOACTIVE FALLOUT WILL PRESENT THE GREATEST RISK TO HEALTH. MEDICAL STAFF AND SUPPLIES ARE AVAILABLE.Caught in the very centre of the power struggles is Dr Joseph Marr. Just days into serving a life sentence for murder, he is given the responsibility for the health of all the men of HMP Queen’s Bench. But the question for him now is: how does he ensure those in the shelter survive?

Well, this was a brutal read but hey, it's set in a prison and the nuclear option has just been...well ...optioned I guess. What was once a society where prisoners and guards were on separate sides there is no other choice now but for them to work together.

The status of the outside world is unknown, these could be the end days, the people of HMP Queen's Bench could be all that is left but even for them time and essentials are going to run out eventually. It's up to our lead Dr Marr to do what he can. 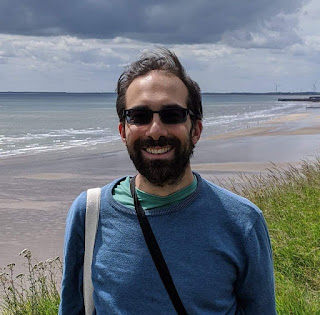 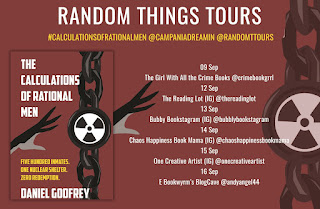