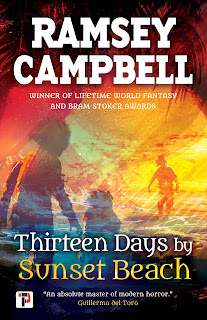 I guess I'll start with a touch of honesty - I read a lot of Ramsey Campbell's novels when I was younger but of late, not so much. I remember that I enjoyed them so when the chance to review this new one came up I was curious as to whether he was as good as I remembered.

The story revolves around three generations of a family on a summer holiday to a Greek Island that has just opened up to tourism. The elder generation, Ray and Sandra have a secret, Sandra is ill and this may well be the last family holiday, although they don't plan on telling the others.

As soon as they land in the resort it is clear something is 'off'. The buses won't stop at Sunset Beach after dark, there are no mirrors on the walls and some people are bitten in the night and seem to develop an aversion to sunlight.

Yes, what we have here is a version of the Vampire Myth but, more than that it is a story of family, of growing old. As Horror novels go it is very much a slow burner and that really benefits the story. Campbell leads the reader, dropping clues as breadcrumbs along the way, picks up the pace at the 'reveal', then you realise it's all over and you might have just read the nicest horror story ever.

There was plenty of suspense etc but what stood out was the interaction between Ray and Sandra. As I said earlier she is ill and the possibility of impending loss looms large between them, but they are determined to play a brave face to the others.

Ah yes, the rest of the family. All came across as quite likable characters apart from one, their Son-in-Law Julian. For some reason (and it was probably intended) I really disliked him. To the point I was glad he was in a horror novel and hoped he would meet a really grizzly end (Spoiler Alert - it's not a horror novel of that ilk so I was disappointed).

All in all this was a very enjoyable read, highly recommended.

Thank you to Anne Cater for inviting me onto this Blog Tour and for providing the copy for me to read.

As always, please try and visit the other stops on the tour if you get the chance 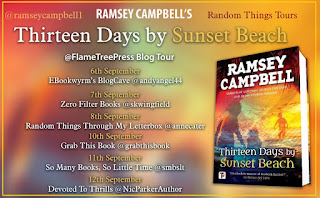 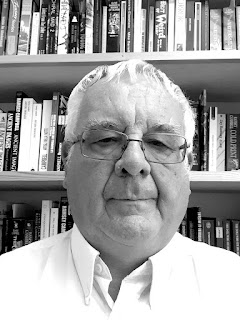