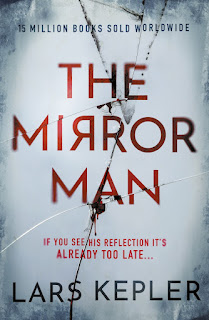 IF YOU SEE HIS REFLECTION

Five years ago, Jenny Lind was abducted on her way home from school.

Now her lifeless body is found hanging in a playground. But there is no evidence and only one witness - a man who cannot remember what he saw.

With Detective Joona Linna and the police scrambling to find a lead, another girl goes missing. And as they close in on the killer, they discover that the Mirror Man's crimes are more shocking than they ever could have imagined . . .

It's no surprise that I am a big fan of Nordic Noir and I happily put Lars Keppler up there as one of the top writers in the genre. The Mirror Man is the 8th in a series but works fine as a stand-alone novel so don't let that put you off.

The story starts with the kidnapping of a young girl (seen through her eyes) and it's a pretty brutal start.

Move forward 5 years and the girl is discovered hanging in a children's playground . . . and another girl goes missing

The only person who could be a witness is a man who lost his daughter in a tragic accident around the time and is so traumatised he can neither recall what happened or speak. He has even spent time on a psych ward. Is he witness or suspect?

Our 'hero' in this story is detective Joona Linna of the National Crime Unit, seen as a bit of a loose cannon. He is told to stay away from the case but is he going to listen? Let's be fair, we all know he won't - what would be the fun in that. Linne believes there could be a serial killer at large and, with the help of  hypnotist Erik Maria Bark sets out to solve the case and hopefully prevent more child deaths.

This was a pretty brutal read but as always the excellent story telling makes the gruesomeness bearable enough that it kept me up a lot later than I should have been (and I missed my bus stop one day too!). 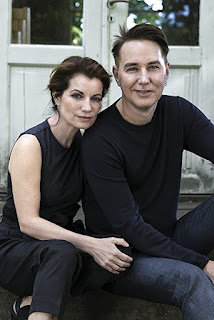 Thanks as always to Anne Cater and Random Things Tours for inviting me onto this blogtour. Please check out the posts by the other bloggers taking part (below) 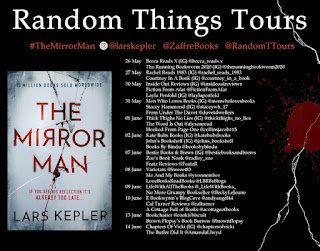