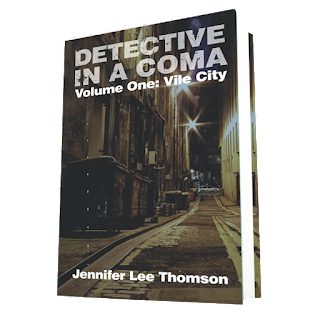 DI Duncan Waddell is on the brink of a nervous breakdown – he thinks his best pal DC Stevie Campbell, who’s been in a coma since he was attacked by a suspect, is talking to him.

When office worker Shelley rushes to her boyfriend’s aid after he is attacked, she is abducted. She wakes up in a strange room with no memory of how she got there.

On the case, Waddell finds himself in a desperate race against time to uncover the truth behind the abduction.

To do this, he and his team must delve into the seedy underbelly of Scotland’s swingers’ scene and a world where women are tricked into the sex business and traded like cattle.

I'll be honest, I liked this a lot. Going into it I wasn't sure what to expect - for those of you old enough to remember I was thinking something like Randall and Hopkirk, Deceased (if you don't remember it, try Google 😉). What it actually gave me was a detective (Waddell) whose work partner, Stevie, is in a coma (hence the title) and is struggling with a potential breakdown. On his visits to the hospital he uses the comatose Stevie as a sounding board for his investigation and sometimes finds Stevie sat up in bed talking to him, although when he calls a nurse he is back as he was, comatose, unresponsive. It is most likely the result of Waddell's mental stress rather than a 'supernatural event' but we'll see as the series progresses I guess.

The investigation itself is pretty grim, girls being taken off the streets and sold into the sex trade but the lead character here, Shelley, turns out to be made of stern stuff and makes for an interesting storyline.

I'm a big fan of Scottish Crime Fiction so as soon as I was invited onto this tour I had a look at the blurb and snapped the book up - I was reviewing this whether I made the tour or not. And I wasn't disappointed. I'll be doing the same with the next in the series too (Cannibal City, DiaC2). Jennifer Lee Thomson, you have a new fan here 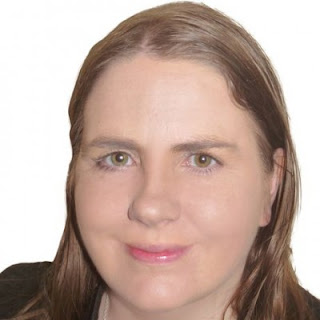 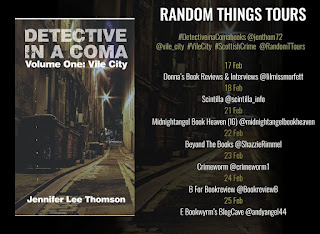