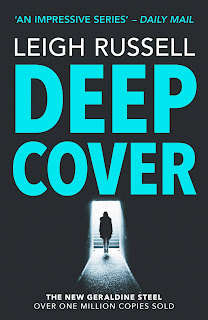 When a sex worker dies in suspicious circumstances in York, Detective Inspector Geraldine Steel struggles to remain focused on the murder investigation: she is distracted by her worries about her colleague and life partner, Ian Peterson, who has disappeared. As Geraldine becomes close to her new DS, Matthew, she is unaware that Ian is working undercover in London, trying to identify a criminal gang who have been targeting her.

As a second victim is discovered in York, and Ian's life is threatened by a psychopath the tension mounts. If he fails in his mission, both he and Geraldine may die...

This is the sixteenth book in the Geraldine Steel series of Police Procedural/ Crime Fiction novels but was a new series for me. The author has two cases on the go here, told in alternating chapters. In York Steel is investigating the murder of a prostitute while her ex DI Ian Peters on is undercover on a drugs op. She doesn't know this and thinks him mlssing which affects her concentration on her case.

At first it starts out as two different cases but (as I guess you would expect) there are strands that pull the two together but it is done in clever ways and still managed to pull the rug out from under me a few times.

As I said earlier this series is new to me and I do like seeing characters develop over time so I turned to Amazon and found the first three in the series were on offer so gave them a try. I enjoyed them immensely and will be reading the rest when I get chance. Deep Cover is a lot later on in the careers of Steel and Patterson and there are new characters since those early cases and some faces not there any more but I'll find out bout those later (and so will you I guess if you're following the blog - I aim to post more about the series as I go through it)

Anyhoo, back to Deep Cover - I got through this in just a few days as it's one of those 'one more chapter' books that finds you still awake at 2am wondering where the time has gone and can you chance carrying on and just stay in bed tomorrow (I did!😂). 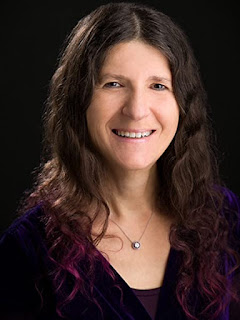 Thanks as always to Anne Cater for inviting me onto this blogtour. Please have a look at the other  blogger posts (below) 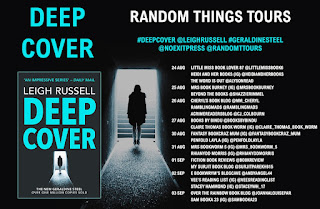