Hello and welcome to the BlogCave of Solitude . Seeing as I have been placed on 12 weeks Shielding for the good of my health (thanks to this damn virus that's going on a world tour) I thought I'd try and do a bit more blogging. Lots of books and stuff to get through. . .

So, late last week I finished reading Thirteen, a courtroom drama 'with a twist' (as these things seem to be titled these days). To be fair 'with a twist' could well be understatement of the year - there were so many twists here that I had no real idea who was the guilty person until the very end. Very cleverly written so all made sense in the end as the author, Steve Cavanagh - himself a former civil rights lawyer - leads you by the nose down a path where you are assailed by red herrings from all sides.

The gist of the story is that the wife, and one half of the latest movie world power couple is murdered and the husband is seen at the house even though he says he wasn't there until later when he found the body (along with the body of the couples security chief) and called it in.

Lawyer Eddie Flynn is on the trial of his life - that's if he gets to the end of it!

This was a cracking read, although a tad ott in places so I looked up the author on amazon, only to find this was the fourth book in a series. I'll certainly be going back for 1-3

So, that brings us back to today and the postie knocking on the door and leaving a parcel on the front wall. I knew what it was as soon as I saw it as the cover was quite distinctive 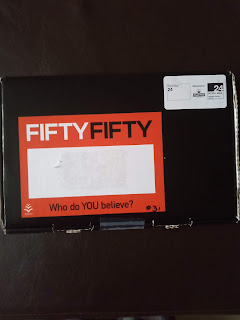 What I didn't know (well, I probably did at one time but there's a lot of other stuff going off at the mo) was that this was book 5 in the Eddie Flynn series. The next after Thirteen!

And it sounds just as twisty too.

Two calls to 911, one from each of his daughters, each accusing the other of murder.

Both are to go on a joint trial but which one is lying? Which one is a murderer? How many twists will there be this time?

Day 1 in the BlogCave of Solitude is off to a cracking start. 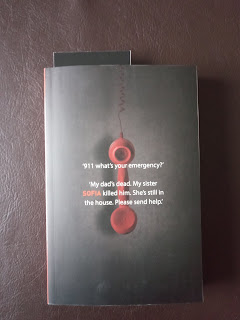 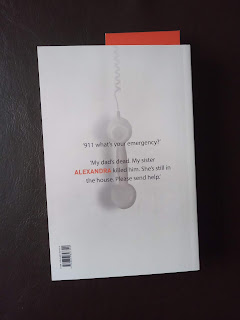 Also, during these weeks ahead I may be able to make a dent in my boxset viewing. . . More on that tomorrow

Stay Safe
Posted by Ebookwyrm at 07:40