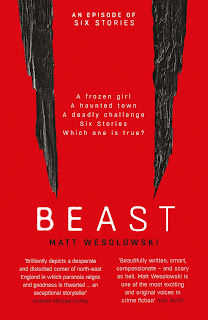 First, the blurb which will give you a good feel of what the book is all about


In the wake of the 'Beast from the East' cold snap that ravaged the UK in 2018, a grisly discovery was made in a ruin on the Northumbrian coast. Twenty-four-year-old Vlogger, Elizabeth Barton, had been barricaded inside what locals refer to as 'The Vampire Tower', where she was later found frozen to death.Three young men, part of an alleged 'cult', were convicted of this terrible crime, which they described as a 'prank gone wrong'. However, in the small town of Ergarth, questions have been raised about the nature of Elizabeth Barton's death and whether the three convicted youths were even responsible.Elusive online journalist Scott King speaks to six witnesses – people who knew both the victim and the three killers – to peer beneath the surface of the case. He uncovers whispers of a shocking online craze that held the young of Ergarth in its thrall and drove them to escalate a series of pranks in the name of internet fame. He hears of an abattoir on the edge of town, which held more than simple slaughter behind its walls, the tragic and chilling legend of the ‘Ergarth Vampire...

I must say I found this a quite refreshing take on the Vampire genre (I'll be honest, I'm not a big vampire fan). Adding in the online challenge and the Internet fame seekers angle helped with that I guess. The idea of using the six witness interviews gives the story different voices which, again, worked well as I didn't really connect with the main lead Scott King (but that's probably more because I'm coming into the series at book 4 so don't really 'know' him - but don't fear, I'm going right back to the beginning first chance I get so a full series review will be on the blog eventually)

The other thing that stood out for me was the sense of place. It's nice to have stories told in lesser known places. 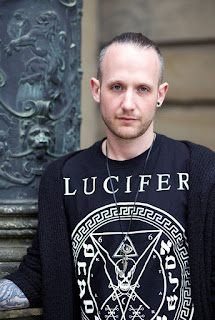 Thanks as always to Anne Cater for inviting me onto this tour and please, if you can find the time, have a look at the posts from the other bloggers on the tour 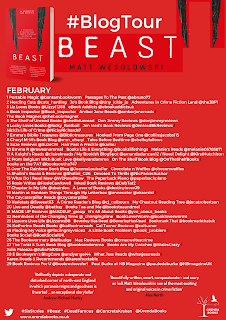