You Die Next by Stephanie Marland - a blogtour review 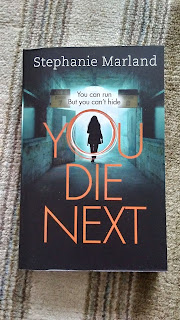 Welcome to the final stop on the blog tour for Stephanie Marland's 'You Die Next'.

The premise here, Urban Explorers being hunted down after a grim discovery on one of their 'excursions' puts this thriller well into the dark side of crime fiction. Add to this a detective, (DI Dominic Bell) and his former partner (amateur sleuth Clementine Starke) both coming at the case from different angles and initially not even knowing they were looking at the same mystery what you have here is the very definition of a page turner.

This is very much a tale of obsession, especially from the point of view of the two leads. They are apart mainly because Starke was (and still is) a very intense person but are they better apart than together?

What worked for me was the fact that the Urban Explorers all used fake nicknames for their broadcasted ventures so while none of their online viewers knew their real identities neither does the reader so the mystery is harder to solve (and a few red herrings helped too).

With the added unsolved side stories of Starke trying to solve the mystery of who framed her father and DI Bell investigating corruption in the police this series should hopefully run for a bit yet.

So, how good was it? I tore through this in a couple of days and finished it at stupid o'clock in the morning as I had to know how it ended and who was responsible. That's how good it was. This was my first time reading Stephanie Marland but it certainly won't be my last.

As always, many thanks to Alexandra Layt at Orion for inviting me to take part in this tour and please have a look at the other posts by the other bloggers who have taken part. 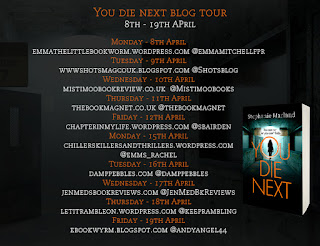