It's been a busy week for my postman this week, which is a good thing for me, I must say. So, here's a bit more about the books added to my review pile. 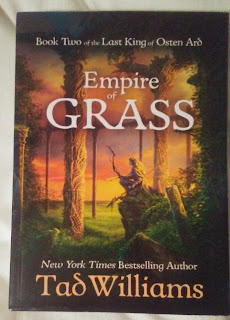 1st up is Empire of Grass, the second of Tad Williams' Empire of Grass series. TW's world building was excellent as always in The Witchwood Crown and meeting up with characters old and new was a special kind of good feeling. I have high expectations for this book. 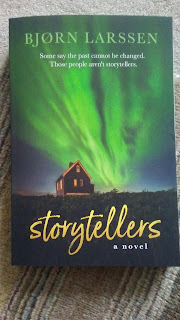 Next is Storytellers by Bjørn Larssen. Set in Iceland, 1920, this tale of short, cold days and long nights and storytelling, this sounds an absorbing tale. As a fan of Iceland I'm really looking forward to this. 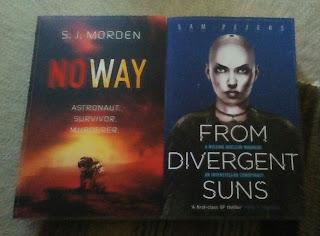 Next up, 2 from Gollancz.

No Way by Simon Morden is the follow up to the rather excellent One Way. In One Way we saw a bunch of prisoners from Earth given a chance of 'freedom' with a one way ticket to Mars to build the first Mars Base. Once there the murders began but somehow Frank, our hero, survived.
No Way sees him planning to use his skills to find a way home but what if certain parties don't want him to return and what if he isn't as alone in the red planet as he thinks? One Way was a great Sci-Fi Thriller so I'm eager to get stuck into this.

From Divergent Suns is the third in a series and, again a Sci-Fi Thriller. The big hook with this series is that Inspector Keon's wife has been killed and he has created an (illegal) AI construct of her. While he solves crimes and mysteries in each book the arc is what makes it special. Well developed in both story and characters I'll be sad to see this story end. 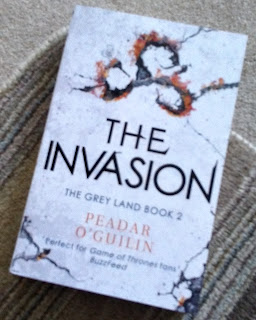 The Invasion is the sequel to The Call and published by David Fickling Books.
In The Call we were introduced to a closed off Ireland where children were 'called' to a realm of fairies (but evil ones, not your regular fairy tale ones) and hunted. If they survived the hunt they were returned unharmed but those caught were maimed and disfigured. It was a cracking tale and very dark (YA but suitable for adult readers too)
In The Invasion, as the title suggests, the evil fairies have started their invasion plans to return to the Ireland they were banished from. And the only hope is survivor Nessa and she is locked in a max-security prison and awaiting death... 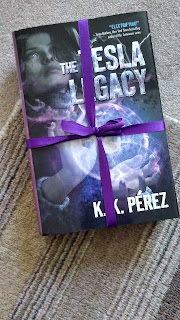 The Tesla Legacy from Tor Teen tells of Lucy Phelps who finds she has the ability to manipulate and control electricity. She may be the next step in genetic evolution but will she live long enough? 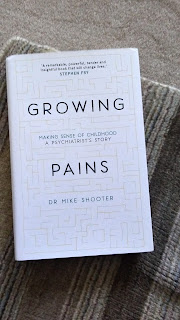 Next is a change of pace. Growing Pains is Dr Mike Shooter's recollection of 40 years of helping children manage depression, anxiety etc. Promises to be an interesting if at times unsettling read. 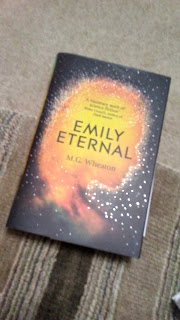 Finally, Emily Eternal by M G Wheaton. Emily is an AI, designed to help humans process trauma but when the Sun starts to die 5 billion years early she may be our only hope - if she can survive long enough.