So, this popped up in my inbox today and I just had to share it with you.

Gollancz acquires novel version of THE QUANDERHORN XPERIMENTATIONS, a new Radio 4 series from the creators of Red Dwarf and 2point4children


THE QUANDERHORN XPERIMENTATIONS is a full length novel springing and expanded from the soon-to-be-broadcast six-part Radio 4 series of the same name. The series will be broadcast alongside the release of the book and features a stellar cast of comedy performers.


England, 1952. Churchill is Prime Minister for the last time. Rationing is still in force. All music sounds like the BBC Radiophonic Workshop. People like living in 1952: it's familiar and reassuring, and Britain knows its place in the world. Few have noticed it's been 1952 for the past 65 years.Meet Professor Quanderhorn; a brilliant maverick scientific genius who has absolutely no moral compass. Assisted by a motley crew of outcasts – a recovering amnesiac, a brilliant scientist with a half-clockwork brain, a captured Martian prisoner adapting a little too well to English life, the professor’s part-insect “son” (reputedly ‘a major breakthrough in Artificial Stupidity’), and a rather sinister janitor – he’ll save the world. Even if he destroys it in the process. With his Dangerous Giant Space Laser, High Rise Farm, Invisible Robot and Fleets of Monkey-Driven Lorries, he's not afraid to push the boundaries of science to their very limit. And far, far beyond …
Marcus Gipps said: “I’ve long been a fan of Andrew and Rob’s work, and Gollancz was the proud publisher of two of Rob’s earlier, brilliant novels, so it’s great to welcome them home. QX is witty, silly, clever and fun, and having spent a day at the recording I know it’s going to be a hit both on radio and in print.”


Rob /Andrew said: “We’re excited to be at Gollancz – the home of British science fiction. We hope Quanderhorn will thrill and delight in equal measure. It’s as if aliens had horrifically grafted John Wyndham onto P.G. Wodehouse and made the monstrous outcome write a book. We have to go now – we’re not really allowed to use these crayons.”

THE QUANDERHORN XPERIMENTATIONS will be published in hardback, ebook and audio reading alongside the radio broadcast, June 2018.Rob Grant is the co-creator of Red Dwarf and was head writer of Spitting Image. His previous books include Red Dwarf novels, Fat and Incompetnce.Andrew Marshall wrote and sometimes produced the comedies 2point4children, Dad, Health & Efficiency and the supernatural drama Strange for the BBC. 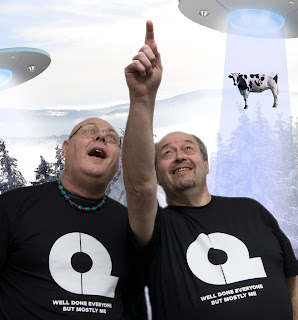 
It certainly sounds, to me at least, like a whole lot of fun and certainly something I shall be keeping an eye out for. What about you?
Posted by Ebookwyrm at 08:36 No comments: 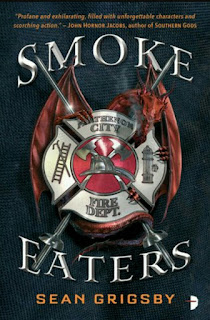 Highly Recommended
Posted by Ebookwyrm at 13:48 No comments:

So, the first post I saw on Facebook when I switched on my phone was this one. 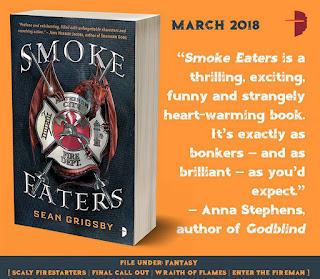 So, when I get up and go see what the Postie has delivered, you can understand I was chuffed to find... 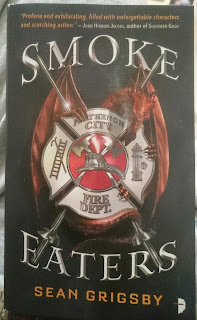 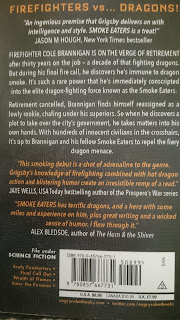 And so I started reading...

Believe me, if the first chapter is anything to go by, this is looking to be something a bit special.

Review will follow when I've finished it.
Posted by Ebookwyrm at 12:02 No comments: